Discover the magnificent ruins of ancient Greece in their tranquil Mediterranean settings. This comprehensive journey explores Greece’s most important ancient monuments, like the famed Temple of Zeus, the archaeological site of Olympia, and ancient artifacts of Delphi. Explore Athens on a comprehensive tour of the incredible Acropolis. Visit a local farm in the countryside to see how olive oil and wine are produced. Learn how to cook traditional Mediterranean cuisine during a cooking demonstration. Learn the history of this fascinating country from local experts on guided tours of Athens, Meteora, Delphi, Vergina (Ancient Macedonian city and Tomb of Philip II father of Alexander the Great) and Olympia. This well-paced journey balances expeditions to Greece’s important historic sites with ample time to explore on your own.

This unique ancient Greece tour is great for all history buffs!

After breakfast, pick up for our Thessaloniki sightseeing Tour. During our half Day Thessaloniki Sightseeing tour you will have the opportunity to visit the Archaeological Museum, which opened its doors to the public in 1962 and hosts findings from the area of Thessaloniki and its neighboring counties. Of course, you shouldn’t miss visiting Thessaloniki’s symbol, the White Tower, a 15th century fortification which was part of the city’s defenses. We shall also pass by the Galerius Arch, a glorious monument, with memorial and honorary purpose, as it is a triumphal arch built shortly before 305 AD to honor the Roman Emperor Galerius, after the final victory over the Persians. Close to the Arch of Galerius, we can find the Rotunda monument, a building with internal niches, serving as a place of worship. Moreover, we shall also pass by Aristotelous Square, the connection link between the architectural history of Thessaloniki and its modern style, as well as Thessaloniki’s Old Town and Thessaloniki’s port.  Return  to your hotel, free time and rest.

This morning we are going to visit the ancient Aigai of Vergina. Vergina (Aigai), one of the most important archaeological sites of Greece and listed as an UNESCO World Heritage site. You will visit the most important remains of the monumental palace of the Kingdom of Macedonia, lavishly decorated with mosaics and painted stuccoes, and the burial ground with more than 300 tumuli, some of which date from the 11th century B.C. One of the royal tombs is identified as that of King Philip II father of Alexander the Great , who conquered all the Greek cities, paving the way for his son  and the expansion of the Hellenistic world. Dinner and overnight in Kalampaka.

After breakfast we start our day from Meteora and enjoy guided tours of two remote monasteries situated in a unique landscape of limestone rock “towers” that extend nearly 900 feet into the air. Over 600 years ago, Byzantine monks chose to build their monastic community perched atop these virtually inaccessible rocks. We will visit two Monasteries:

The Holy Monastery of Varlaam is the second, after the Great Meteoro, big in size monastery. The church, honoured to the three Bishops. It was built in 1541/42 and decorated in 1548. The old refectory is used as  museum while North of the Church we can see the parekklesion of the Three (Bishops) built in 1627 and decorated in 1637.

The Holy Monastery of St. Stephen. It is one of the most attainable as we don’t have to cope with innumerable stairs to reach it.

The small single-nave church of St. Stephen was built in the middle of 16th and decorated in 1545 or a little later. The ‘Katholikon’, honoured to St. Charalambos, was built in the Athonite type, in 1798. The old refectory of the convent is used as a museum nowadays. Dinner and overnight in Delphi.

In the morning we are going to visit  Delphi, the “omphalos” (navel) of the earth in the ancient world. We will visit the site and see the temple of Apollon, the treasury of the Athenians and the Archaeological Museum exhibiting masterpieces of ancient Greek sculpture and the bronze Charioteer. Delphi is known for the ancient oracle that was a reference center of the ancient classical world (UNESCO World Heritage Sites). The historic monastery of Saint Luke is one of the most important monuments of Middle Byzantine Architecture (UNESCO World Heritage Sites). Then travel along the Gulf of Corinth, crossing into the Peloponnese to the historic city of Olympia, a testament to the grandeur of ancient Greek civilization. Dinner and overnight in Olympia.

Visit the archaeological site of Olympia with the Temple of Zeus, the Temple of Hera, the altar of the Olympic flame. The iconic Ancient Olympia Archaeological Site is where the Olympic Games started thousands of years ago! Visitors can sense magical feel of this historic stadium. The Olympic Games, born in Ancient Olympia, were the most famous sporting events of all times (and still are!). They made their debut in this location, in this stadium, in 776 B.C.  Even today, Ancient Olympia is one of the most extraordinary archaeological sites in the world! The Museum of Ancient Olympia is just a 5-minute walk from the archaeological site. The museum boasts an exciting collection of exhibits, with numerous must-see sculptures. Its impressive bronze findings make it one of the most precious collections in the world! Next, we will visit Magna Grecia Estate, the enchanted land that overflows with olive trees. Visitors have the opportunity to enjoy the taste of Greek cuisine, pure virgin olive oil, plump olives, and tasty wine, in a fun environment where local dancers will dance to traditional Greek music with you. Enjoy dinner and overnight stay in Tolo.

After breakfast, you will be picked up for your tour in Epidaurus start with the Sanctuary of Asclepius. The ancient theatre of Epidaurus (UNESCO World Heritage Sites) represents the finest and best-preserved example of a classical Greek theatre. The theatre is marveled for its exceptional acoustics. Next stop is Nafplio.

A guided walking tour in the most beautiful town in the area of Argolis as well as one of the most romantic cities all over Greece, Nafplio was the first capital of the newly born Greek state between 1823 and 1834. The town’s history traces back to the prehistoric era when soldiers were participated in the Argonautic expedition and the Trojan War alike. Enjoy today the city of Nafplio, the ancient walls, the medieval castles, the monuments and the statues, Ottoman and Venetian fountains and neoclassical buildings mesmerize the visitor with their unique architecture and beauty. Return to the hotel and free time. Enjoy dinner and overnight stay in Tolo.

Visit the archeological site of Mycenae is fairly considered to be one of the most significant historical monuments of Greek civilization, approved so by the great number of visitors coming from even the most remote parts of the world. Our journey leads us to the ancient town of Corinth. This was a city of great fame in antiquity. Its remains, that include the Agora (marketplace) and the Apollo’s Temple (6th-century B.C.), are clear evidence for the wealth and importance that Corinth constituted in the ancient times for the Greek world. When our visit to ancient Corinth is completed, we will continue our excursion to the Corinth Canal. Here we will make a short stop, so as to view the man-made rift which connects the Aegean Sea with the Ionian Sea. Enjoy dinner and overnight  in Athens.

Enjoy a panoramic tour of the highlights in Athens showcasing the city’s ancient and glorious monuments, such as Temple of Zeus, the Parliament, and  Olympic Stadium. Next, ascend the steep hill of the Acropolis. Greek for “highest city,” the Acropolis was the religious center of ancient Athens and is crowned by the Parthenon, considered the pinnacle of classical Greek architecture. Next, we will visit the Acropolis Museum,  an archaeological museum focused on the findings of the archaeological site of Acropolis of Athens. Dinner and overnight at your hotel.

Breakfast at your hotel, and then transferred to the airport for your return flight. If your flight is in the afternoon or evening, then you can take an optional city tour of Athens in the morning. 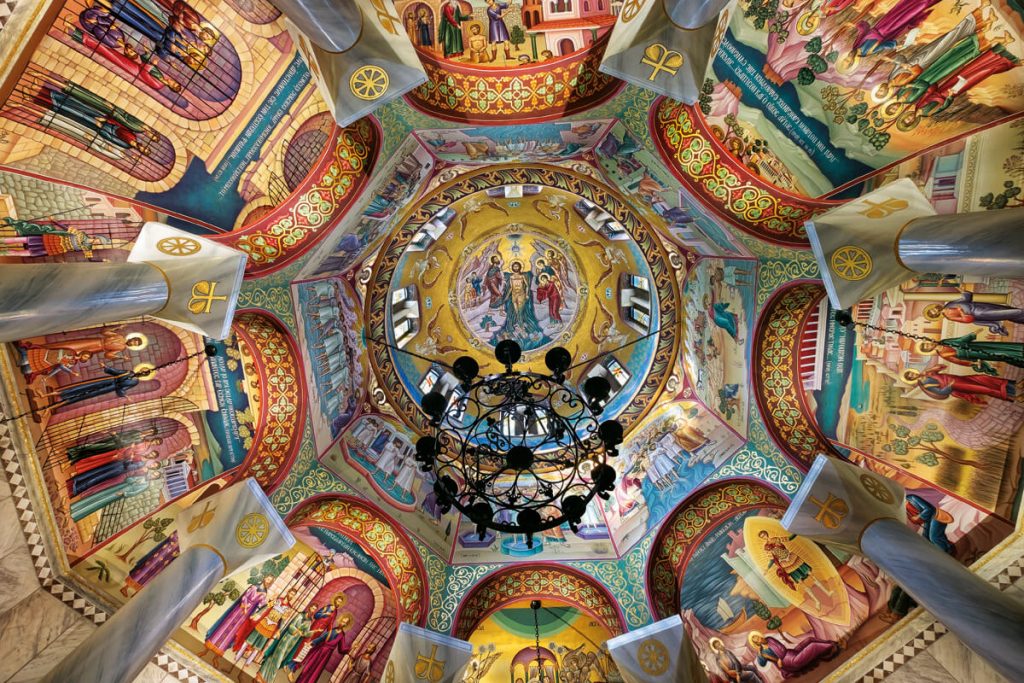 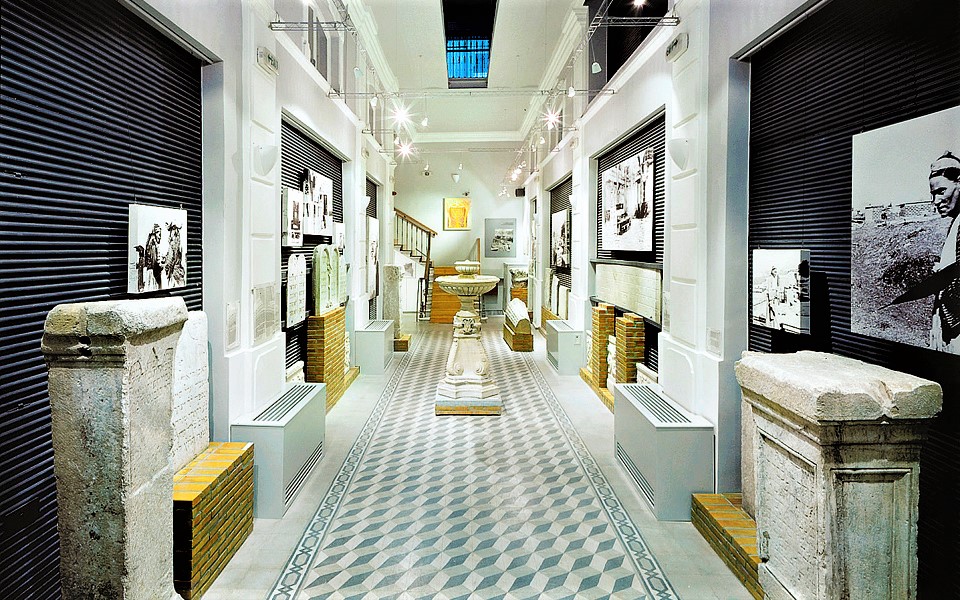 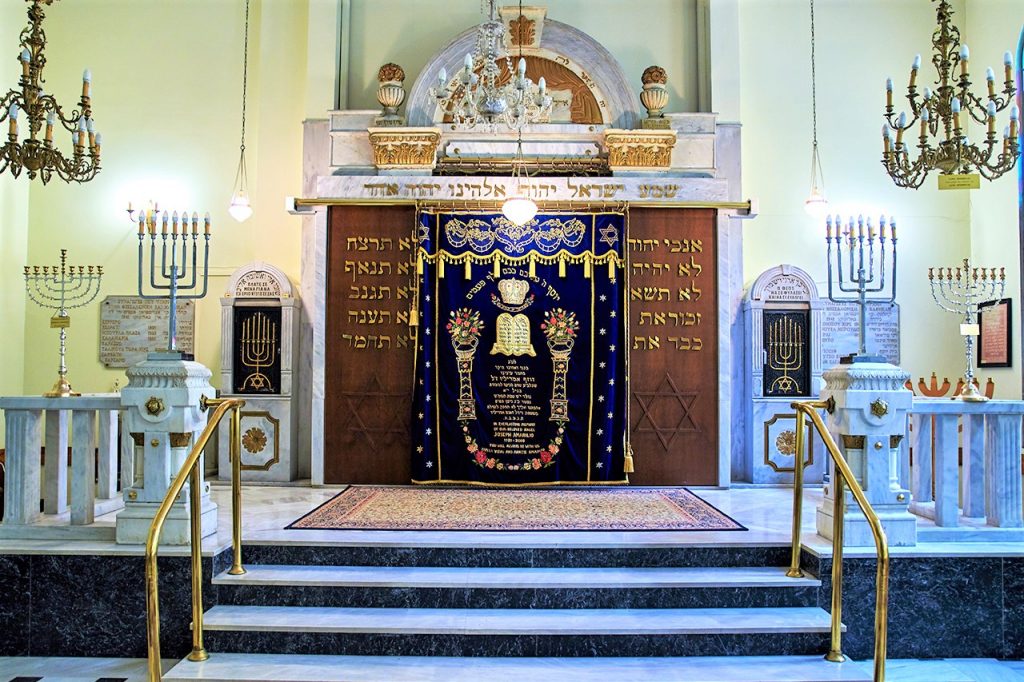